A Selection of our systems at work 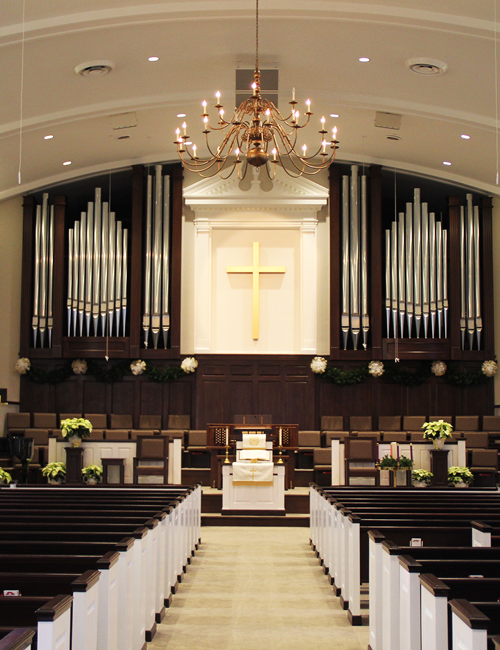 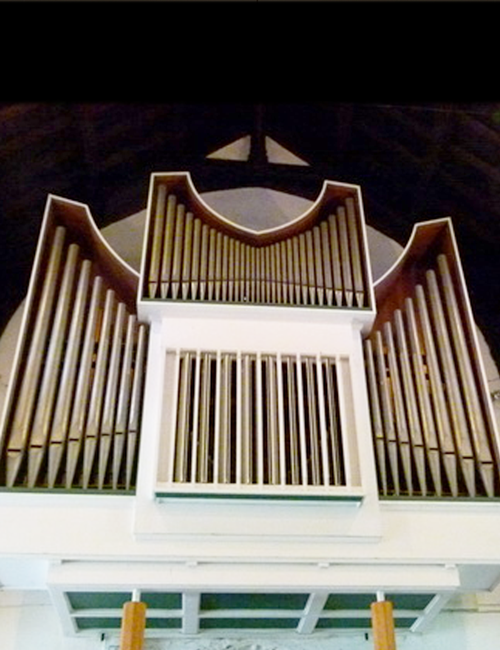 
FH Browne & Songs Ltd of Kent, UK used Solid State Organ Systems’ MultiSystem II in the overhaul and re-electrification of the modest Hill, Norman & Beard organ at St. Helen’s Wheathampsted, UK. A Capture for MultiSystem with 20 levels was installed. The CFM may be easily upgraded to more memory levels and features in the future. 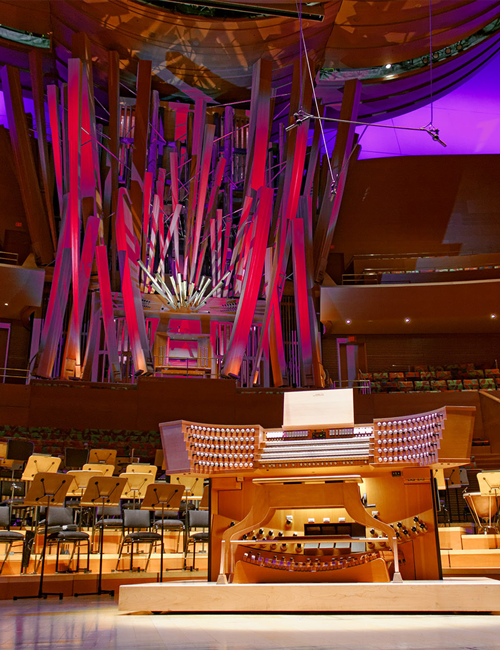 
This ground-breaking organ has two consoles: One tracker console attached to the case and another mobile all electric action console on the stage. Our sophisticated engineering allows easy transition from one console to the other with a shared Capture for MultiSystem. Pistons set on one console are duplicated on the other. Reconciling a mechanical console with an electrical console that both control the same wind chests was a challenge overcome with MultiSystem’s flexibility. Tuning for MultiSystem is installed providing complete control of the organ’s resources from an iPod using our intuitive interface. 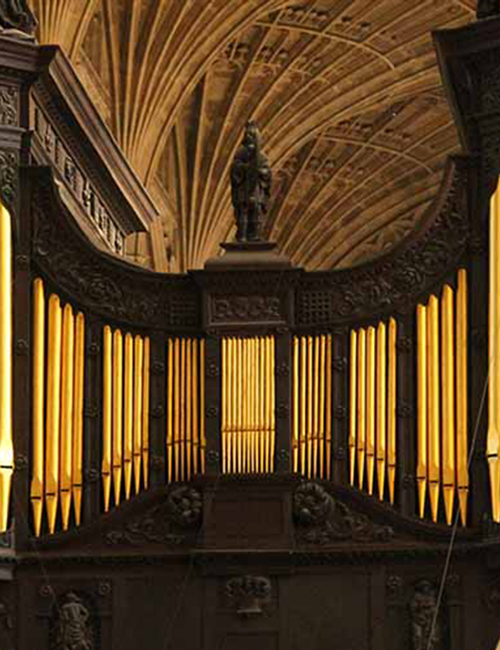 
Our firm has supplied systems for King’s College since 1973. Recently the MultiLevel Capture was upgraded to 512 general levels and 16 divisional levels with custom displays. When the organ was refurbished by Harrison & Harrison in 2016 a new MultiSystem II was installed which includes Pedal Divide with selectable divide points. DirectConnect is installed for slider solenoid control. 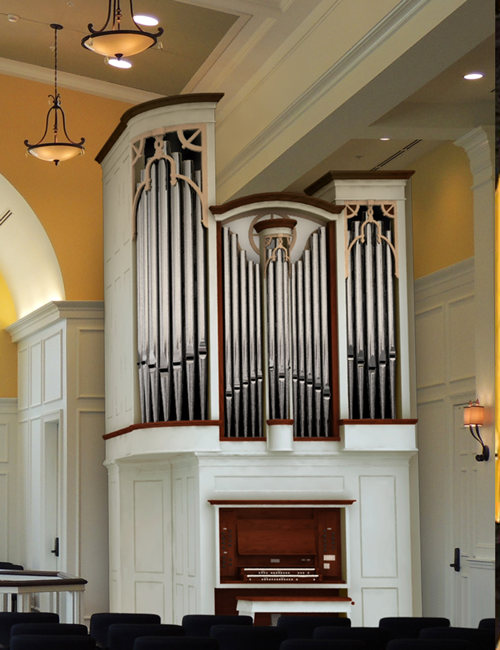 
This mechanical action organ required a stand-alone piston system. The CapLite was a perfect fit with 100 levels of memory and piston sequencer. CapLite’s compact size and easy installation are additional attractive features. 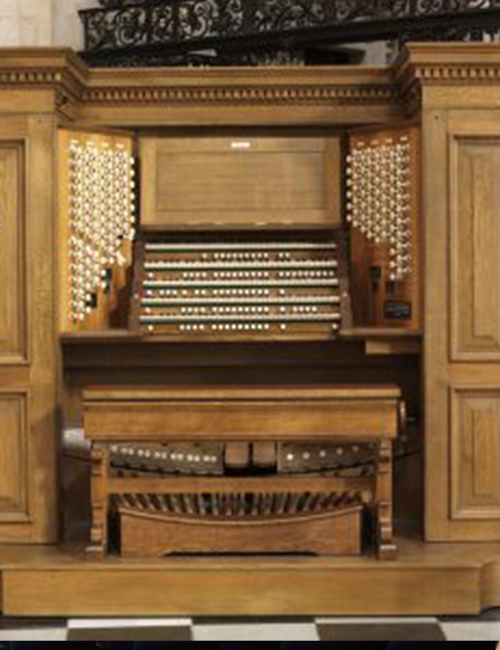 
Our brief was to control the large pipe organ spread across various locations in the cathedral plus two large, duplicate five manual consoles with a shared 50,000 levels of memory. The piston memories are divided in ten independent Libraries, each with 5,000 levels. The organ has seven MultiSystem II locations with the most distant connected with fibre optic cable. To guarantee no down time, Krone Termination Blocks were used during installation to make speedy transition from the old control system to MultiSystem II. 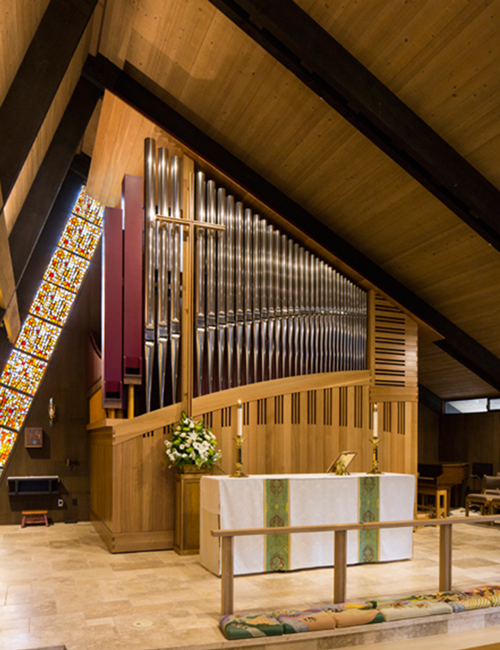 
This mechanical action organ has two pedal stops which required electric action for which the Diode/Coupler system is best suited. The Diode/Coupler is compact and simple in operation. A CapLite 100 level system is installed as well as the DirectConnect slider control. 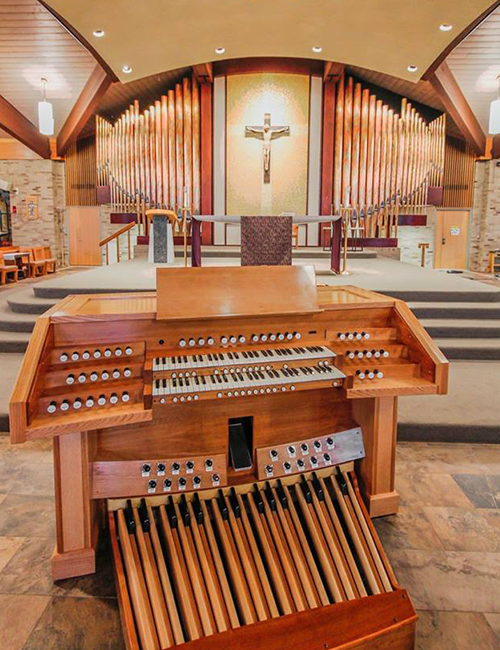 
Ortloff Organ’s first new organ uses a two location MultiSystem II for transmission and MIDI and a CFM II with 300 levels of memory. Our high spec linear fader is used for the Swell expression pedal instead of a traditional swell roller. The CFM has custom displays and piston sequencer. Memory level Up/Down is controlled by pistons rather than or standard control panel. 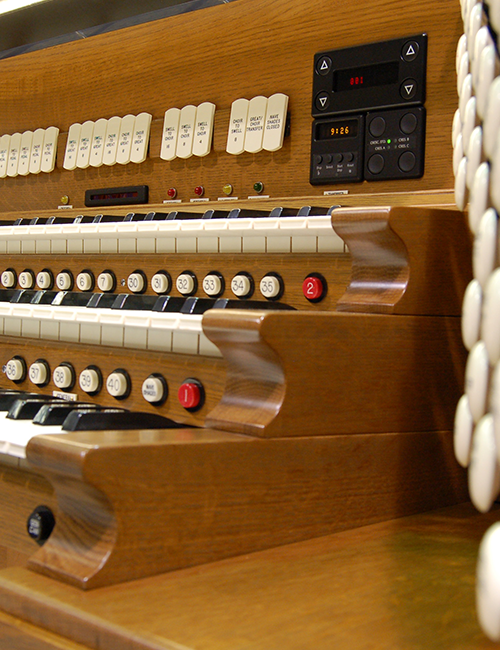 
This is a major rebuild of an existing instrument which Barger & Nix have serviced for many years. The rebuild included new control systems consisting of MultiSystem II, CFM II, IntelliKey and IntelliPedal, Recorder for MultiSystem and Organ Palette. The console was built in Barger & Nix's shop along with a matching music storage cabinet with integrated lighting. 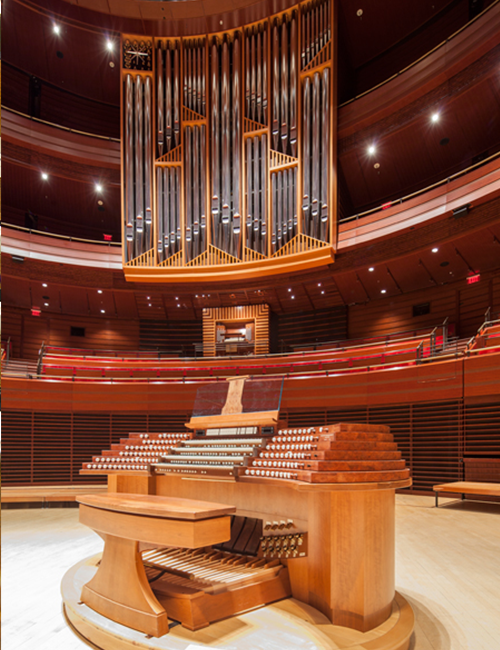 
The main organ is mechanical action with the addition of an electric console on the stage. A MultiSystem with integrated CFM capture system allows the organist to set pistons on the attached console during practice that are immediately available on the stage console. The addition of Organist Palette with MultiSystem II in 2016 gives the organists virtually unlimited memory divided up into secure libraries, one for each performer.